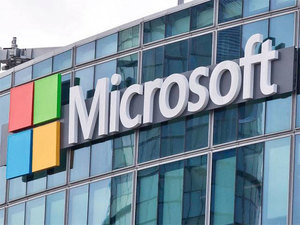 NEW DELHI: Oct 30, 2017. In a bid to take on Google Search, Microsoft said on Monday it is working with professors from the Indian Institute of Technology (IIT)-Kharagpur towards developing a system that can form the basis for a deeper, more meaningful search engine.

The new search engine could assist users looking for subjective information and trusted opinions, the company said in a statement.

Bing is a web search engine owned and operated by Microsoft.

While current search engine algorithms are great at working with fact-based queries and providing structured answers, they are surprisingly ineffective at answering subjective and personal questions.

Queries based on human experiences and personal opinions are difficult for a standard search engine to comprehend.

Therefore, they fail to answer questions such as "How to make small talk with new friends," "People's favourite memories from school," "How does it feel to  immigrate to a new country?" or "The songs that defined the 80s."

"While traditional search engines may struggle with such deeply human queries there are online platforms specifically tailored for personal opinions and conversations -- social media. Twitter, specifically, has become a forum for people to create sustained online conversations held together by a common hashtag," Gupta said.

The researchers collected around four million hashtags that were trending between January 2015 and June 2015, and used a SVM (Support Vector Machine) classifier to conduct this research.

The classifier worked on deeply personal and human hashtags such as #foreveralone, #awkwardcompanynames, #childhoodfeels, and #africanproblems using factors such as duration of hashtag popularity, related hashtags and URLs to detect context and classify the social lists accurately.

The algorithm used to conduct this study forms the basis for a better search engine for social platforms which can assist users looking for subjective information and trusted opinions, Microsoft said.